Seat belts help save lives and make the roadway a safer place for drivers and passengers alike. In case of a crash, a properly fastened seat belt reduces the risk of injuries whether you are in a car, a taxi or a bus. Airbags are not a substitute for seat belts. The seat belt saves also at low speeds.

In Finland the road accident investigation teams investigate all fatal road and off-road traffic accidents. They have estimated that in 2020 in all fatal motor vehicle accidents, wearing a seat belt could have saved 44 percent of those who weren’t belted up. The Finnish Crash Data Institute’s annual reports (Opens in a new window) also indicate that the use of the seat belt would have prevented or mitigated injuries.

Belt up also in the rear seat

The Finnish Road Safety Council follows the use of seat belts annually. In 2021:

Remember, you can also seriously injure the driver or your fellow passengers if you do not use the seat belt.

Worn properly a seat belt holds a person in their seat and prevents them from colliding with hard interior of the vehicle at a greater force. In a collision the seat belt pre-tensioner tightens the seat belt which helps the belted individual to remain in place. A collision can be divided into three phases: the first to collide is the car, then the person and finally the person’s internal organs. The seat belt distributes the forces more evenly.

Air bags are designed to work with seat belts they do not replace them. Without a seatbelt the passenger could be thrown against the rapidly opening air bag. Such force can injure or even kill.

A properly installed headrest prevents neck injury. The support must be at the same height and as close to the head as possible. This means that the backrest is placed as upright as possible and the driver sits with their back against the backrest.

How to wear your seat belt correctly:

The seat belt saves best in head-on collisions or when the car rolls over. The seat belt is very useful also in side impacts and rear-end collisions. In collisions with a much larger mass or where the impact speed is considerable, a seat belt cannot always save.

Use the seat belt also on the bus

Under EU law (Seat Belt Directive 2003/20/EC), drivers and passengers must use the seat belt in any seat fitted with one. The compulsory use of seat belts in buses and coaches entered into force in 2006. New buses (M3) are required to be equipped with seat belts on all seats since 1999 with the exception of urban buses with places for standing passengers.

According to a survey conducted by the Finnish Road Safety Council in 2015, half of the passengers travelling by bus reported that they always or almost always wear a seat belt. The main reasons for not belting up in buses were being unaccustomed to it, overall difficulty or forgetting.

A person may travel without a seat belt only if a physician has exempted them on the basis of an illness. The exemption can also be granted on the basis of work tasks, for example in short-term delivery and collection traffic, but the distance travelled at a time must not exceed 100 m and that the seat belt must cause serious impairment.

Replace seat belts after a crash or if otherwise damaged

Seat belt buckles have proven to be very reliable. A seat belt cutter can help passengers to be freed in an emergency situation, particularly if the car overturns.

After a crash, if broken, cut even partly or showing signs of severe wear, the seat belt must be replaced. 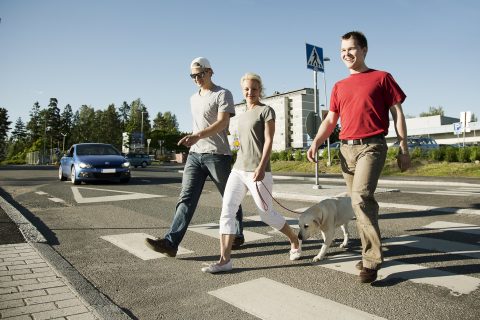 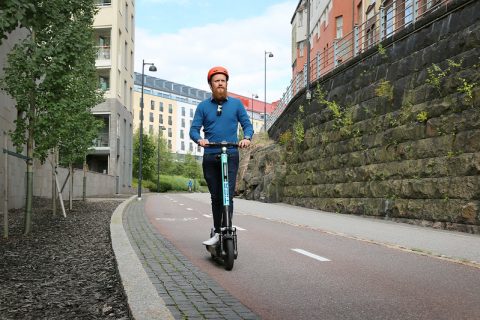 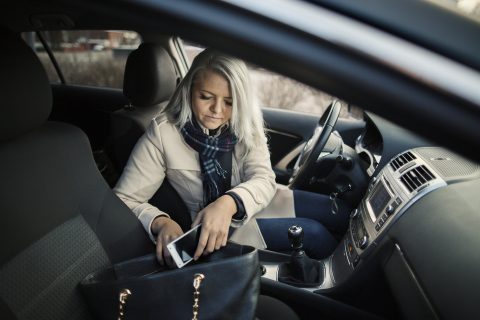